HONORARY MEMBER of the Romanian Association of Gemmotherapy and Homeopathy

The homoeopath of souls, staying present to patients and
leading suffering people to be cured with universal love.

The person devoted to full-scale introduction and establishment of homoeopathy,
wishing Japan to receive benefits of homoeopathy.

A great contributions to full-scale introduction of homoeopathy,
its development and establishment in Japan.

In the same year, she set up Nippon homoeopathy center for homoeopaths to give homoeopathic consultations and an association for patients and users called ‘Homoeopathy Toranoko’.
She supervised the translation of ‘Organon der Heilkunst 6. Auflage’ ‘Die Chronischen Krankheiten 2. Auflage’ ‘Materia Medica Pura’ by Dr Samuel Hahnemann from original German language to Japanese language. She also translated the Bönninghausen Repertory’ into Japanese. She has published more than 100 homoeopathic books in Japanese language which includes her own books and translated books. 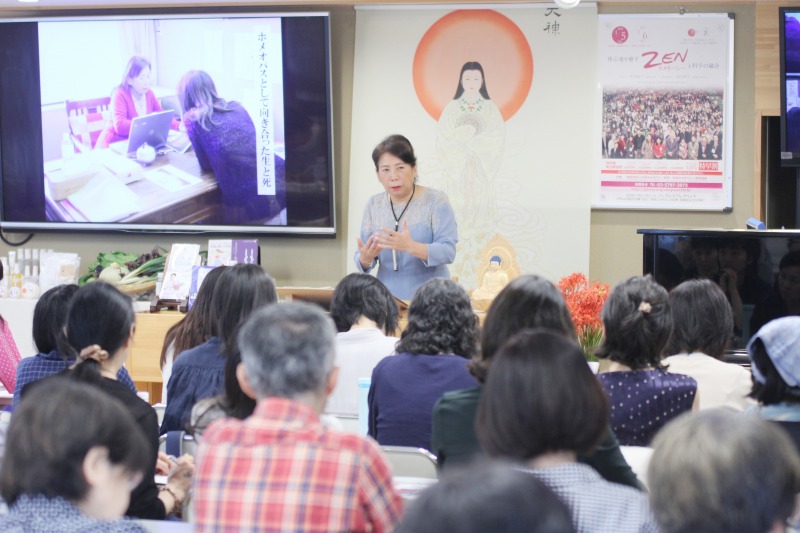 Principal of the College of Holistic Homoeopathy

She newly established College of Holistic Homoeopathy (CHhom), being stimulated by ‘Labyrinthus Medicorum Erratium’ by Paracelsus, a great master of the medieval alchemy to bring up genuine homoeopathic practitioners in order to see a person in a holistic manner in 2010 by developing the RAH which was established in 1997.
CHhom aims at integrating homoeopathy, organ therapy, flower therapy, tissue salt therapy as the main, alchemy, medical astrology, herbal medicine, oriental medicine and conventional medicine.
At the same time, she launched ‘inner child therapist course’ which gives an emotional education and spirituality improvement for people to live this life better. This course teaches how to practice inner child healings to many people who cannot live themselves because of being bound by this world’s values and morals, thus they do not have a sense of living truly, blame themselves and have a sense of self-denial. It also gives a spiritual education to hold faith to great gods who granted us life. This course is indispensable for people to forgive themselves, love themselves as they are, and live this life truly.
She also focuses on establishing integrative medicine, joining together with conventional medicine includes TOYOUKE clinic and other aligned clinics and medical doctors. 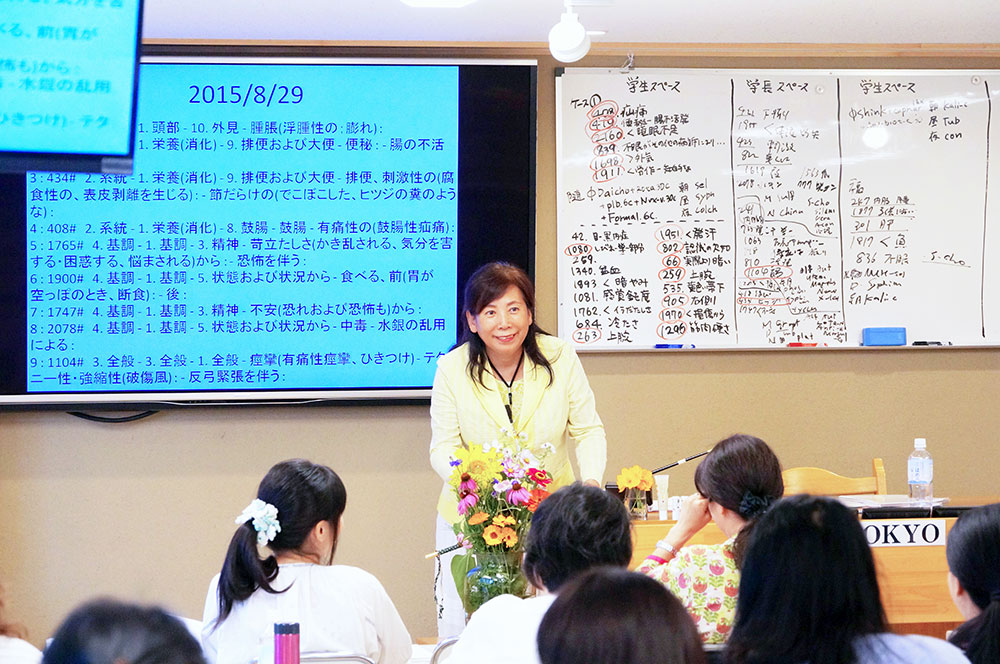 She has been serving as the chairperson of JPHMA since its establishment in April 1998, guiding Japanese professional homoeopaths, being a chair of JPHMA annual congress, writing articles for JPHMA journal, conducting diplomacy and so on. She succeeded in establishing indemnity insurance for professional homoeopaths as an achievement of JPHMA as a professional organization was evaluated. She also started to register Japan-specific animal homoeopaths.
In March 2010, she explained evidences of homoeopathic treatment for 2.5 hours at the Integrative Medicine Project by the Ministry of Welfare, the Japanese government. She has kept protecting and bearing homoeopathy in Japan, and contributing to people who seek for homoeopathic treatment.

She has contributed to international exchanges by inviting well-known homoeopaths in the world to Japan.
In July 2006, JPHMA joined the International Council for Homeopathy (ICH) as a full member till March 2015 for making efforts to develop internationally. She emphasized that homoeopaths in the world cooperate each other, hold an international conference and promote development of homoeopathy in each country and suggested that ICH should become a main risk management organization against worldwide homoeopathy bashings. In order to fulfill this, she held international homoeopathic conferences twice in 2013 and 2015 and succeeded in homoeopathic exchange between India, other Asian countries and Japan.
She has also a deep interchange with India, which the government admits homoeopathy as one of mainstream medicines. Dr R. K. Manchanda, the Director General of Central Council of Research in Homoeopathy (CCRH), B Jain Publishers which issues the world biggest homoeopathic journal, Dr Prasanta and Pratip Banerji who have won a reputation for the Banerji Protocols have shown great respects to her contributions to homoeopathy and achievements as a homoeopath.
On 27 February 2015, she could have a meeting with Shri Nilanjyan Sanyal, the secretary of the Ministry of AYUSH at his office in New Delhi. She reported about history of homoeopathy and its current situation in Japan and talked about homoeopathic affiliation between India and Japan in future.
There was also ‘Interactive Meeting’ between CCRH and JPHMA at AYUSH Auditorium, Central Council for Research in Homoeopathy (CCRH) on the same day. In November 2016, under Dr Yiu’s supervision, JPHMA completed Japanese version of ‘Homoeopathy – Science of Gentle Healing -‘ under an approval of Ministry of AYUSH, Government of India. This dossier was compiled by Central Council for Research in Homoeopathy (CCRH), Ministry of AYUSH, Government of India.
The ceremony of this publication was held at Central Research Institute of Homoeopathy in Kerala, India in December 2016. 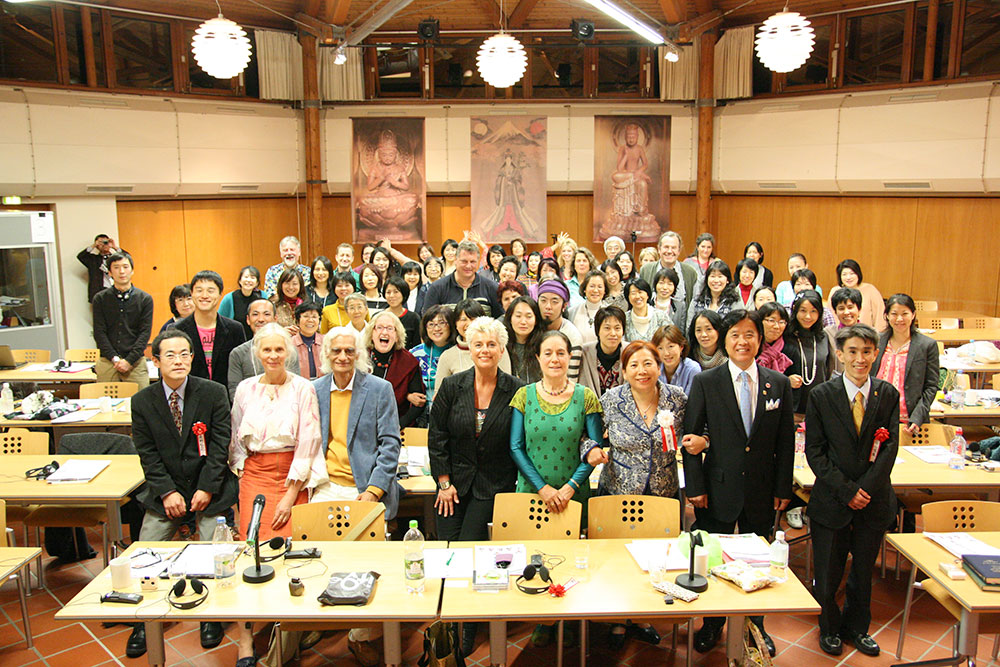 Since she realized that conventional homoeopathy was not able to make a dent in many Japanese people’s intractable diseases in iatrogenic disease superpower, she thoroughly read ‘Organon der Heilkunst 6 Auflage’ ‘Die Chronischen Krankheiten 2 Auflage’ ‘Materia Medica Pura’ ‘Lesser writings’ by Dr Samuel Hahnemann, the founder of homoeopathy and the great teacher to all homoeopaths. She then enabled to deal with complicated pathologies by arranging Hahnemann’s treatment strategy in chronic diseases as he wrote in §279 in Organon “…if during the treatment all other alien medicinal influences are kept away from the patients, the dose of the homoeopathically selected and highly potentized remedy for the beginning of treatment of an important, especially chronic disease can never be prepared so small that it shall not be stronger than the natural disease and shall not be able to overpower it, at least in part and extinguish it from the sensation of the principle of life and thus make a beginning of a cure.”(i.e. If there are iatrogenic diseases and dysfunction of organs, dilluted and succussed remedies do not work.) and devising the Zen homoeopathy through various succeeded clinical cases over 10 years. During that time, she also noticed that many intractable diseases were caused not only by iatrogenic diseases but also by inner child who suffers from ‘a guilt feeling’ ‘self-contempt’ and so on which Japanese people suffer in the process of developing the Zen homoeopathy. Curative results on developmental disorders, autoimmune disorders, cancers, inner child healing, and other intractable diseases by Zen homoeopathy have caught attentions inside and outside the country.

She has given countless presentations in Japan and gave case presentations in the U.K., Germany, the Netherlands, Belgium, Dubai, U.S.A. and India.
The Zen homoeopathy is especially a revolutionary method which removes a lid of iatrogenic diseases in a tautopathic manner, applies mother tinctures and homoeopathic remedies at the same time to support organs, and choose similimum remedies which are anti-Psora remedies (beneficial minerals) and plant remedies to heal mind, body and soul for a patient.
She has achieved 91% improvements out of 168 developmental disorder children, using the Zen homoeopahty.
The Zen homoeopathy is faithful to the principles of Hahnemann, besides, it enables to cure intractable diseases in modern society and belief-related diseases (§17 (1) in “Organon the 6th edition” and 113 – 114 page in “Chronic Diseases the 2nd edition”) which is equivalent to inner child healing. Please contact CHhom if you are interested in learning the Zen homoeopathy. 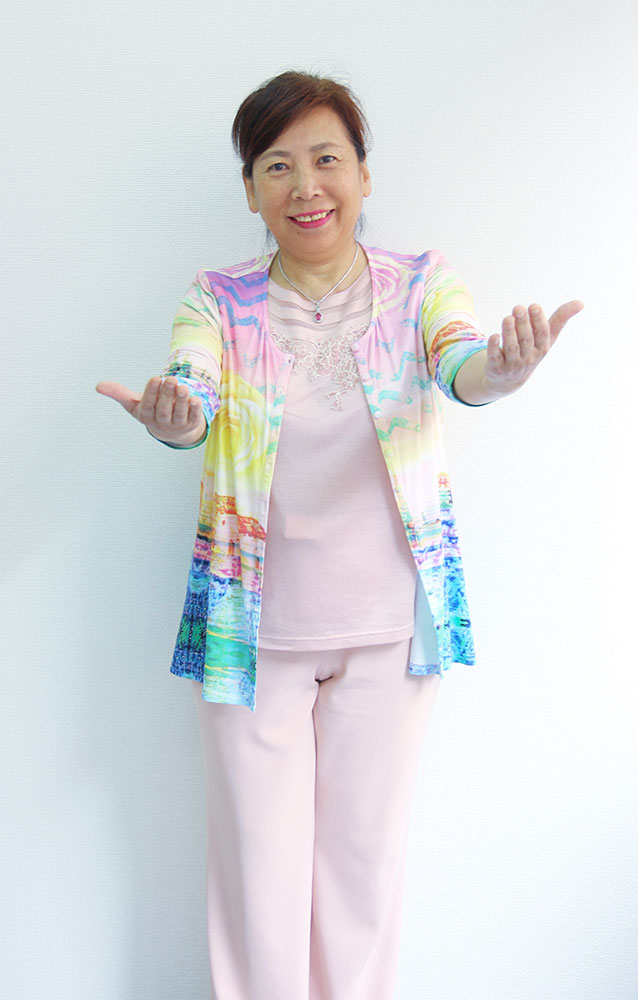 Hahnemann wrote about regimens not limited to principles of homoeopathy in ‘Organon’ and “Chronic diseases”.
Torako Yui established Nippon TOYOUKE Natural Farming which aims at safe and reliable food by homoeopathic natural farming for people to become healthy comprehensively.
She realized that some patients cannot be led to be cured even they are taking homoeopathic remedies if they do not eat safe and reliable natural farming food and use natural skincare products through her clinical experiences.
She also witnessed what people in affected area of the Great East Japan Earthquake were wanting at the disaster time was safe and secured water and fresh vegetables. She established an agricultural production corporation, Nippon TOYOUKE Natural Farming in 2011. It has farm lands in Shizuoka and Hokkaido in order to apply homoeopathic theory to farming without using any agricultural chemicals or chemical fertilizers, sticking to true bred seeds and soil with plenty of soil bacterium. 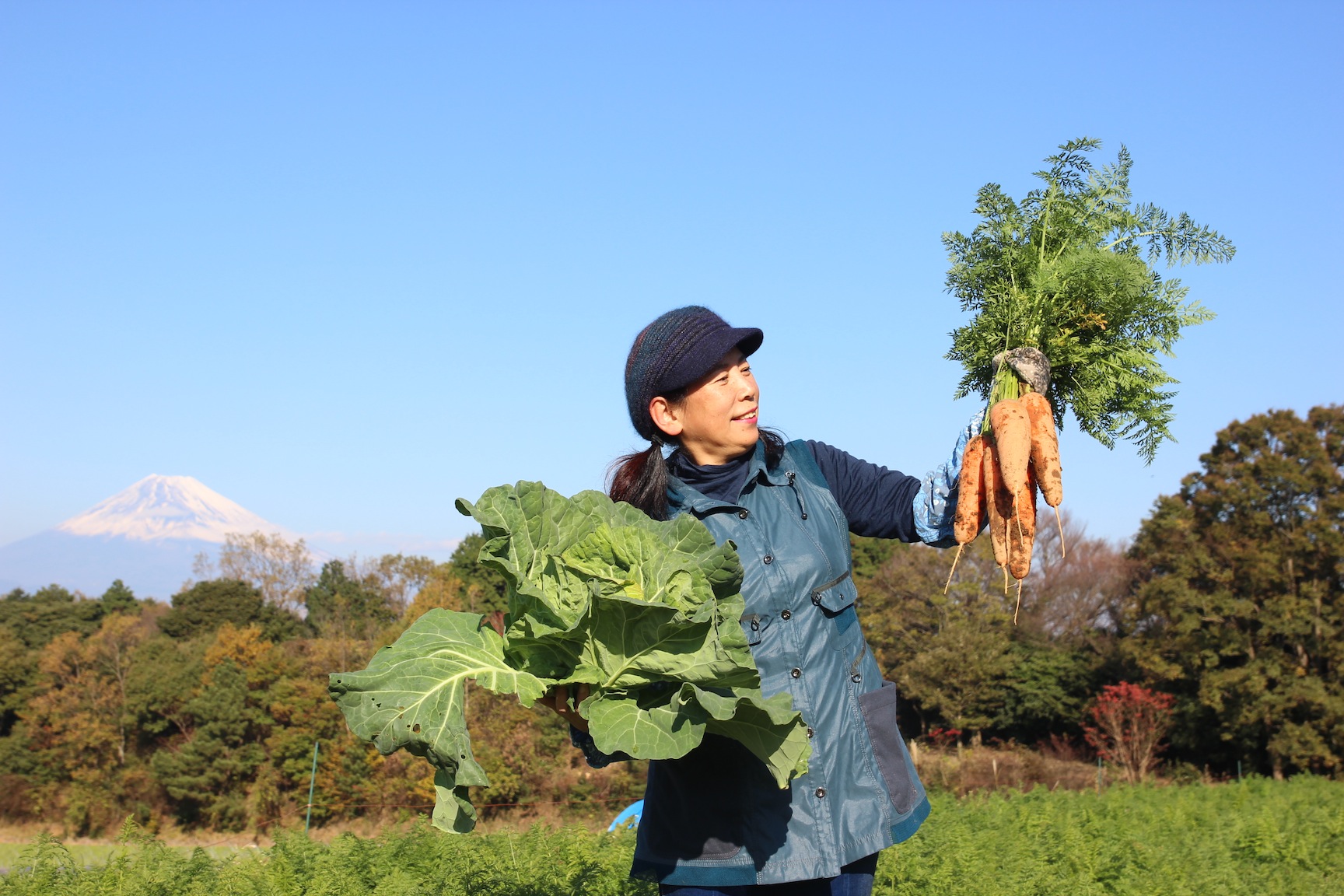 May all be blessed with the benefit of Homoeopathy!
Be grateful for all of creation, the existence of the universe itself,
wishing all of you enjoy living the gift of life!