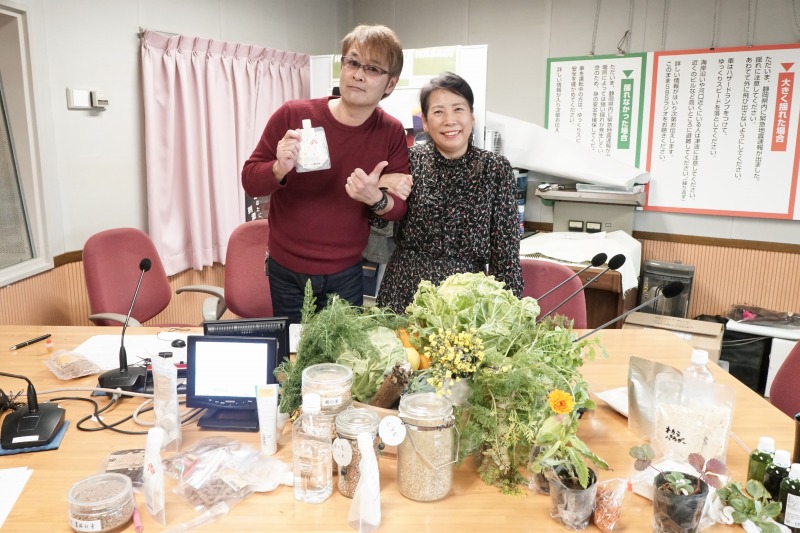 Posted at 20:04h in Uncategorized by admin
0 Likes
Share

Followed by her appearance on the same program last October, activities of Nippon TOYOUKE Natural Farming were introduced by Mr. Tetsuzaki.
As he loves nature such as forests, the talk with Dr. Torako became tremendously excited!
Dr. Torako used to appear in live TV programs in the past, so the recording was completed without any fails!!

Novelty gifts from TOYOUKE to listeners were also well-received.