What is Kawasaki disease?

This disorder is also known as Kawasaki syndrome that was published by a Japanese pediatrician in 1967, was categorized as a new disease in a conventional medicine, being named after Dr Kawasaki who described it firstly. It concomitants with its characteristic symptoms such as strawberry tongue in children, desquamation in fingers and toes, etc. In conventional medicine, the cause is unknown. This disorder has been reported in all over the world, but many of them are seen in Japanese, Japanese-American, Korean and other Asian people.

Normally, a patient recovers from the acute phase within 1 – 2 weeks (if the symptoms are severe, it may last more than 1 month). There is a case of coronary artery aneurysms after the acute phase of 1 – 2 weeks, that is called its aftereffect. A special caution is required as it may occur myocardial infarction due to blocked artery caused by the coronary artery disorder. It also may have a more adverse effect such as septicemia, cardiac insufficiency due to myocarditis that is fatal.

< Explanation for the prescription >

In Kawasaki disease, systemic white blood cell inflammation becomes the most risk factor. If large amount of foreign bodies, bacteria, and heavy metals enter into blood, it will cause high white blood cell count to eliminate them. Foreign bodies in blood produce IgG antibody and if macrophage could not process them, they will attack self and destroy own tissues and blood vessels. Please refer to my book ‘The Thesis of Immunization Impossible (English title)’ ‘Impfungen – Sinn oder Unsinn? (German title)’ for the details.

One of the reasons why it happened could be considered side effects of vaccinations. When I investigated a graph of Kawasaki disease which has been increasing since 1980s, I noticed a sudden increase at certain period of time. I suspect vaccinations that were introduced around that time. That is Mumps vaccine. Other vaccine, DPT and BCG vaccine are added to the prescription. I put BCG V. as a scar of BCG gets swollen if a patient suffers from Kawasaki disease. I also added MMR vaccine which includes Mumps vaccine as Kawasaki disease has kept increasing gradually since the year when it was introduced. It is next to impossible to eliminate deleterious substances like heavy metals which were entred into blood by vaccinations and takes over the decades to do so. It could be predicted that the disease will not decrease as far as humans stop the ridiculous things, intaking such deleterious substances or animal proteins into the body.

Subsequently to the year 1801 a kind of pupura miliaris (roodvonk), which came from the West, was by physicians confounded with the scarlet fever, notwithstanding that they exhibited totally different symptoms, that the latter found its prophylatic and curative remedy in Belladonna, the former in Aconite, and that the former was generally merely sporadic, while the latter was invariable epidemic. Of late years it seems as if the two occasionally joined to form an eruptive fever of a peculiar kind, for which neither the one nor the other remedy, alone, will be found to be exactly homoeopathic. 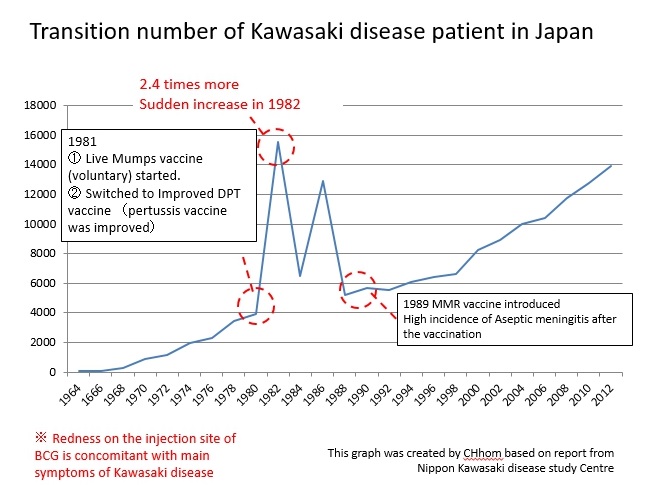